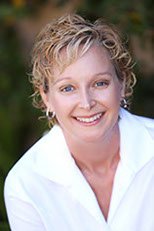 I had injured my chest last fall when I was in a car accident, but the last thing in the world I expected was a cancer diagnosis. The medical staff was examining the area during an ultrasound when they discovered a tiny lump in my breast that turned out to be cancer. It was definitely divine intervention because being that it was such a small lump, they didn’t know if it would have been detected on a mammogram.

I started a regimen of surgery, radiation and chemotherapy right away. I wanted to keep my treatment private, but I knew that chemo would cause the telltale sign of hair loss. I heard that DigniCap had been successfully used on cancer patients in Europe for more than ten years and joined UCLA’s clinical trial at the Jonsson Comprehensive Cancer Center.

During the process, I tolerated the scalp cooling very well, and my body was kept warm with an electric blanket.

Accepting the fact that I was going to lose my hair was very difficult because I felt as if I would be losing part of my identity.  With the DigniCap, it allowed me to have control over something in a process where I really had no control.